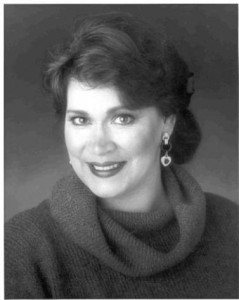 Donna Massari is the Director of the School and the Civic Ballet of Chattanooga. She began her teaching career by opening her own studio in 1973.

She has appeared with several dance companies that include the Original  Civic Ballet of Chattanooga, Dance Theater Workshop, Louisville Ballet, Tennessee Festival Ballet, and the Scottish American Ballet. She has served as ballet mistress for the children’s cast for Tennessee Festival Ballet and the Scottish American Ballet. She was Founder/Director of the Chattanooga Dance Ensemble. She has functioned as choreographer for  local, civic, and educational programs including ABC Dance, a program in collaboration with Allied Arts of Chattanooga that has given thousands of preshoolers a chance to experience dance in a theater setting.  She also served as choreographer for Chattanooga Theater Center. Productions including You’re a Good Man Charlie Brown, Christmas Carol, The Fantastiks, A Little Night Music, How to Succeed in Business, Little Shop of Horrors, Company and many others.  She has performed extensively in various Theater and summer stock productions. 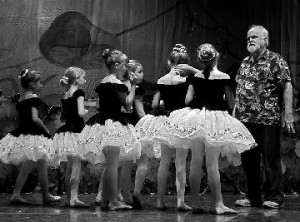 David Wood was Administrator of the School and Co Director of the Ballet Company. He Taught Dance for 35 years.

David  danced principal roles with the Chattanooga Civic Ballet, the Scottish American Ballet, Allegro Dance Theater, and the Chattanooga Dance Ensemble.  He performed with the Chattanooga Opera for many years and was a professional musician and church organist for 47 years. He was a member of the comedy improvisational group, Chattanoodle. David was selected as an Artist-In-Residence for the Tennessee Arts Commission, Allied Arts and the WolfTrap Foundation.  He served as Lighting Design/Director for over 100 local productions.   David  directed and choreographed    for the Signal Mountain Playhouse, Chattanooga Theatre Centre, Oak Street Playhouse and  numerous high schools. He was Drama Director for McCallie Middle School.   He was also Technical Director for McCallie School and lighting designer for Barking Legs Theater and Heritage High School.  David was Adjunct Faculty at Chattanooga State teaching Movement for Actors in the Professional Acting Program.

In 2016 he received an Outstanding Teacher Award from the Governors School for the Arts in dance.

He is missed VERY much by all of his dancers, students and friends 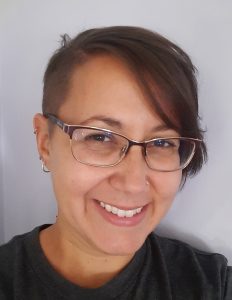 Lisa started dancing at four years old at the New York School of Ballet Arts, and at 14, she joined their semi-professional company, the Suncoast Ballet Theater, founded by American Ballet Theater’s Ralph Linn and Broadway performer Judy Linn. Lisa stopped dancing at age 17 when the Linns retired, and she only took a handful of dance classes over the next 12 years while she got married; earned two bachelor’s degrees, a Master of Education, and an MBA; moved seven times in three states; became a college professor; and had two children. She settled in the Chattanooga area and finally came back to dance at 29 years old when she started taking Adult Ballet classes at Massari-Wood Dance Center. She joined the Civic Ballet of Chattanooga two years later, where she was quickly nicknamed “Mama Lisa.” In 2018, she began teaching Adult/Teen Basic Ballet. As a lifelong educator specializing in entry-level instruction, she quickly fell in love with helping inexperienced dancers get a great workout while mastering the basics of ballet and building confidence. She welcomes ALL inexperienced teens and adults to her basic ballet class where she promises you will feel good as you build strength, flexibility, endurance, and agility. 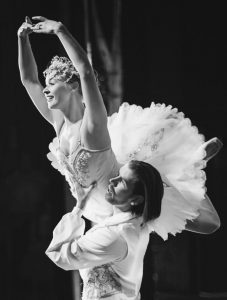 Cara has belonged to the Massari-Wood Dance family since she was 4 years old. Over her years at the studio she has studied ballet, tap, jazz, and contemporary. At 13 years old she was given her first lead role as Clara in the Nutcracker. The following year she was invited to become a company member with the Civic Ballet of Chattanooga. Since then Cara has starred in numerous roles such as Dew Drop and Snow Queen and Sugar Plum Fairy in The Nutcracker, Swanhilda in Coppelia, and Princess Tsarevna in The Firebird.

While studying nursing at Berry College, Cara also took classes in ballet, jazz, contemporary, modern, and yoga. She performed with the Berry College Dance Troupe for 4 years and won the award of Most Outstanding Female Dancer her Sophomore year.

Since moving back to Chattanooga, Cara has had the privilege to teach the Elementary Ballet 2 & 3 levels as well as Intermediate Ballet.  She is very excited to get to share an art form with others that has brought so much joy to her own life.

When not at the studio, Cara loves to spend her free time reading, practicing yoga, doing craft projects, and rambling through the woods with her husband and puppies, Sawyer and Finn. 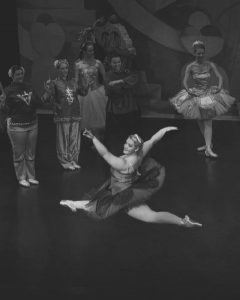 Maggie was introduced to her first ballet class at the age of six and immediately had a passion for dance. After six years of training with other studios she enrolled at the Massari-Wood Dance Center in 2009 and has been a part of their family ever since. She was accepted into the Civic Ballet of Chattanooga in 2013 and has performed in ballets such as Serenade, Giselle, Swan Lake, and  has been a soloist in The Nutcracker. She has choreographed and set original dance pieces on members of the Civic Ballet and Training companies. It has been her pleasure to serve as an assistant teacher alongside Donna Massari and David Wood .

In 2015, she was given the privilege to teach the Pre-ballet & M&M classes.   Maggie also  teaches the Conditioning and Choreography/Jazz and Contemporary class and Elementary Level Ballet.
Maggie LOVES being  a part of the process to help young dancers enjoy the beauty of dance 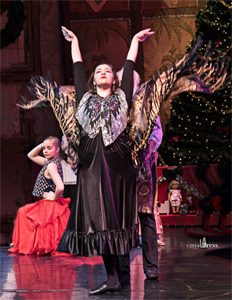 Emily Fazio is Ballet Mistress & Pointe Coordinator at Massari-Wood Dance Center.  Her classes include upper level ballet, Adult Ballet, Pointe, and occasionally Jazz.  She has served as Choreographer, Rehearsal Assistant to the Company, and provided costume assistance for several productions.

Emily grew up a part of the Massari-Wood Dance family.  She is a ‘twice member’ of the Civic Ballet of Chattanooga, where she was named a soloist in 1998, and invited to rejoin in 2013.  While attending Clemson University, she was a member of Clemson’s first Top Ten nationally ranked dance team- The Rally Cats; and has also performed with the Baylor Dance Collective, Clemson Dancers and Baylor’s Verve.  Emily has danced in Swan Lake, Giselle, Coppelia, La Fille Mal Gardee, Ballet West; in addition to various soloist roles in The Nutcracker. She has also appeared in numerous original ballets and other works in recent years.

Emily enjoys teaching and studying the fundamentals of ballet, as well as fostering a love of dance in all of her students. 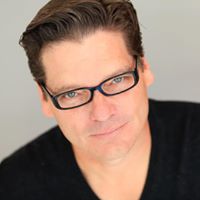 We have been fortunate to have David Hedrick teach for us on occasion this past year! His classes were SO popular that he is officially now on board as a permanent Faculty member and will be teaching ballet classes with elements of variations and Pas de Deux. He is man of few words.. when I asked him for a short Resume so that I could share. This is what he sent.. he doesn’t really NEED to say a lot! Look at his bio!? 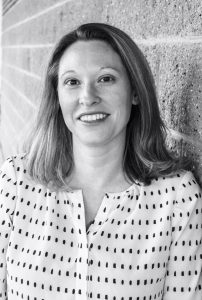 Kristin  will be teaching upper level Ballet Classes as well as Progressive Ballet Technique. Kristin began dancing at the age of 2 at a small studio south of Atlanta and continued her passion for dance at the Atlanta Ballet in the Career Program. She danced in such ballets as The Nutcracker, Romeo and Juliet and Mid-Summers Night Dream. Kristin continued her dance education at Birmingham-Southern College, Georgia State University and Brenau University where she had the privilege to experience all types of forms of dance, not only ballet, from Modern to Jazz to Musical Theater. Kristin has her level one Dance Educators of America training and is PBT (Progressive Ballet Technique) certified and in Spring of 2019 graduated with her Master’s in Arts Administration. Currently, Kristin is guest choreographer for UTC Theatre Department, choregraphing such shows as Chicago, Oklahoma, Evita and Cats. 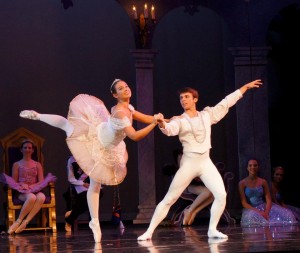 Amanda has been dancing since she was four, and at Massari-Wood since she was seven.  She was chosen for the Civic Ballet of Chattanooga when she was 15 years old to be a part of one of her favorite dances, Serenade.  She has also many roles such as the Arabian Princess and the Snow Queen in the Nutcracker as well as Sleeping Beauty.  She has choreographed the Russian dance in the Nutcracker for several years.  Amanda teaches Jazz, Pre Intermediate class, and is  principle teacher for the PRIMARY LEVEL. She is very excited to be teaching and helping younger students fall in love with dance.  She has a daughter who also loves dancing and will be performing in the   Nutcracker for the 8th time this year!!

The Civic Ballet of Chattanooga and The Massari~Wood Dance Center presents: